Trucks and Trains: How Grads of Dispatch School Can Encourage Safe Railroad Crossing

Crossing train tracks with a large trailer of cargo can be stressful, especially knowing that thousands of collisions take place annually between trains and vehicles. Navigating railroad crossings may not always be as simple as waiting for signal lights alerting the approach of a train, or for safety bars to rise. Sometimes these can be malfunction, and select crossings might only have stop signs while some on private roads might not even be marked at all!

However, as a dispatcher, there are best practices you can advise your drivers to follow to keep themselves and their cargo safe. To find out what these are, as well as what drivers should do when stuck on a railroad crossing, keep reading!

Vision and hearing are a driver’s two best friends at a train crossing. The general rule of thumb grads of dispatch school should tell drivers is that they should always approach all tracks as if a train is coming, making optimal use of their senses as they stop, look, and listen. When stopping, it’s important to keep in mind that a train is at least a metre wider than the tracks on each side, and it’s advisable to stop at least four meters away from the nearest track.

Once stopped, the trusty senses of sight and hearing will help drivers ascertain if it’s safe to cross. To make sure sound perception is at its best, windows should be rolled down and any music and fans turned off. Visually assessing the crossing should include looking both ways twice—as far as the eye can see—and being mindful of anything that could be blocking the view.

A train approaching should absolutely never be raced to a crossing. First, trains moves faster than they appear to, so drivers are best advised to operate under the assumption that their mental calculations regarding how quickly the train will get to the crossing are most likely incorrect. Second, trains are not able to stop quickly! Even if the train driver sees something obstructing the tracks, it is highly improbable that the train will be able to stop in time. Under full emergency breaking, it can take up to two entire kilometres for a train to achieve a full stop, so it’s best for drivers to avoid getting in the way in the first place. That also means not rushing across train tracks in heavy traffic, and instead making sure there is sufficient room to get all the way across first and also to leave that one meter leeway from the edge of the tracks.

With no train visibly hurtling down the tracks and no flashing signal lights or other notice mechanism activated, it’s most likely safe for drivers to assume the tracks can be crossed. However, truck drivers sometimes make a common mistake that pros with dispatcher training can advise them against: shifting gears while crossing. The best advice you can give to drivers is to use the highest gear possible to cross without having to shift during the crossing. Missing a gear can lead to scrambling for another and possibly shifting into the wrong gear or stalling in the middle of the tracks. Especially in a scenario where a crossing happens to be uncontrolled and it’s getting dark, this can be a very precarious situation.

If a driver does stall or get otherwise stuck on train tracks, they should get out of the vehicle immediately, evacuate any passengers that may be on board, and call for assistance from a safe distance. Should a train be approaching and a collision imminent, then it’s necessary to move away from the tracks in the direction of the oncoming train at a 45-degree angle to avoid being hit by flying debris. Upon impact, whatever a train may hit will fly in the same direction the train is moving, so drivers are in fact safest not running away from the train, but towards it. Fortunately, these types of emergencies are rare, and with proper training and safety precautions, they can be avoided.

Are you looking to make an impact on the logistics industry and get drivers to where they need to go safely? 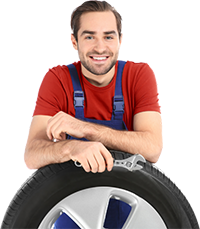