License plates are a legal requirement in countries around the world to be displayed on all kinds of road vehicles for identification purposes. Also known as number plates or vehicle registration plates, this system has been around almost as long as cars have been, and continues to be useful in a number of different ways.

Made from all kinds of materials over time, and often adorned with a region’s own unique markings and slogan, license plates have quite an interesting history. Let’s take a closer look at how this essential item got its start and how it’s evolved over time.

The idea of placing number plates on cars started in France in 1893, with the U.S. issuing their own version of the concept less than a decade later in New York. In 1901, New York Governor Benjamin Odell Jr. signed a law requiring owners to register their cars and display identifying letters on their vehicles.

The need for the legal requirement came from problems being caused by the introduction of motorized vehicles. Horse-drawn carriages were still by far the most common mode of transport, with many considering gasoline-powered cars to be unnatural and a nuisance. As the numbers of these early cars grew, regulations and laws surrounding them varied region by region, causing much confusion and frustration to owners. The registry requirement brought the standard uniformity of law needed to give car drivers equal rights on the road to horse-drawn carriages.

Car Owners Had to Make Their Own Plates

Students aspiring to auto careers might find it interesting that in those first days of license plate requirements, the burden rested with car owners to produce their own identifying letters. The rules surrounding what materials and colours should be used were very relaxed. The only expectation was that an owner must display the initials of their name somewhere clearly visible on the vehicle, with the letters marked at least three inches high. Many owners of the time simply slapped their initials on with a paintbrush.

As more and more cars began to surface, this homemade method of identification was no longer efficient, with too many car owners having the same initials. The modern license plate numbering system was the solution, with the state of New York creating a new law in 1903 to assign a unique number to each newly registered car. Each new plate needed to be displayed on the back of the owner’s vehicle—a practice that has endured ever since.

Different Materials Used Over the Years

Since they were first introduced, license plates have been fashioned from all kinds of materials, including porcelain, leather, wood, rubber, plastic, and copper. It became clear after a short while that the most sensible, durable product for the job was steel, becoming the primary material choice of plate production by around 1912.

License plates have been manufactured using steel ever since, interrupted only for a short time by the Second World War when metal was used for the war effort. At that time, alternative materials used to make plates included cardboard and pressed soybean fibre—with the occasional problem of country dwellers getting their plates eaten by their farm animals. 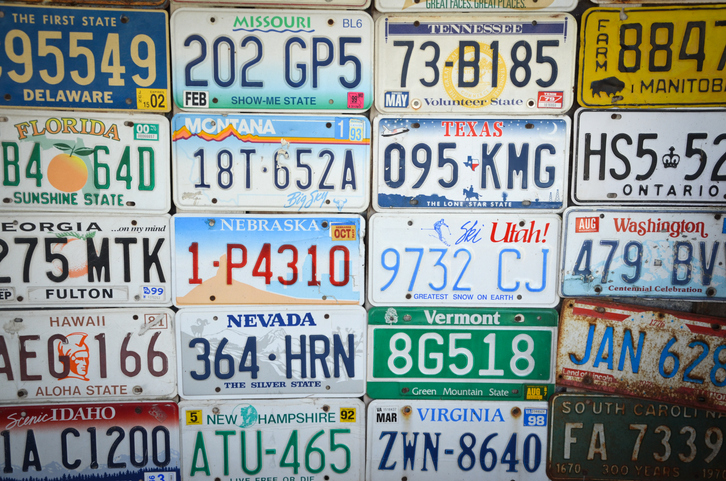 By 1957, international governing organizations standardized plate sizes, with the size requirement in the U.S. and Canada remaining 6” x 12” to this day. Pros with automotive careers will still see plates this size on the cars they work on!

People were allowed to customize their plates starting in 1965, leading to all sorts of unique, entertaining examples of the practice. Personalized plates picked up a lot in popularity over the years, with one survey in 2007 revealing that nearly 10 million car owners across the U.S. and Canada had vanity plates. 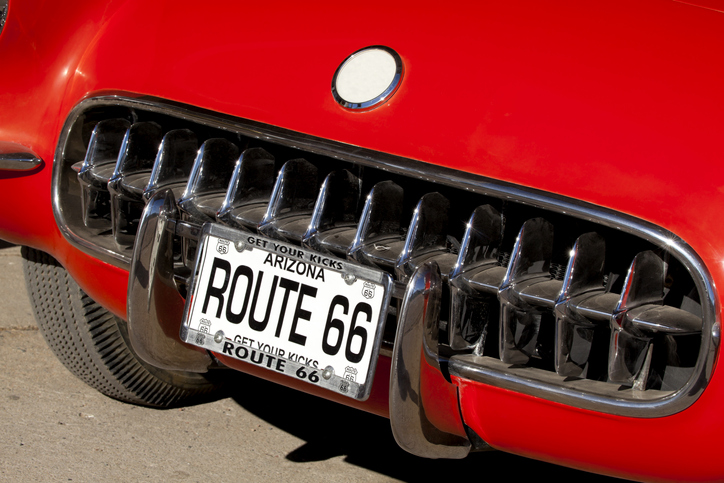 Many car owners today like to customize their plates for a unique, personalized look

License plates have come a long way from their start well over a century ago, allowing regions and car owners to showcase their own unique flare while serving the important, central purpose of car identification.

Are you interested in receiving professional training to be able to choose from one of many exciting careers in the auto industry?